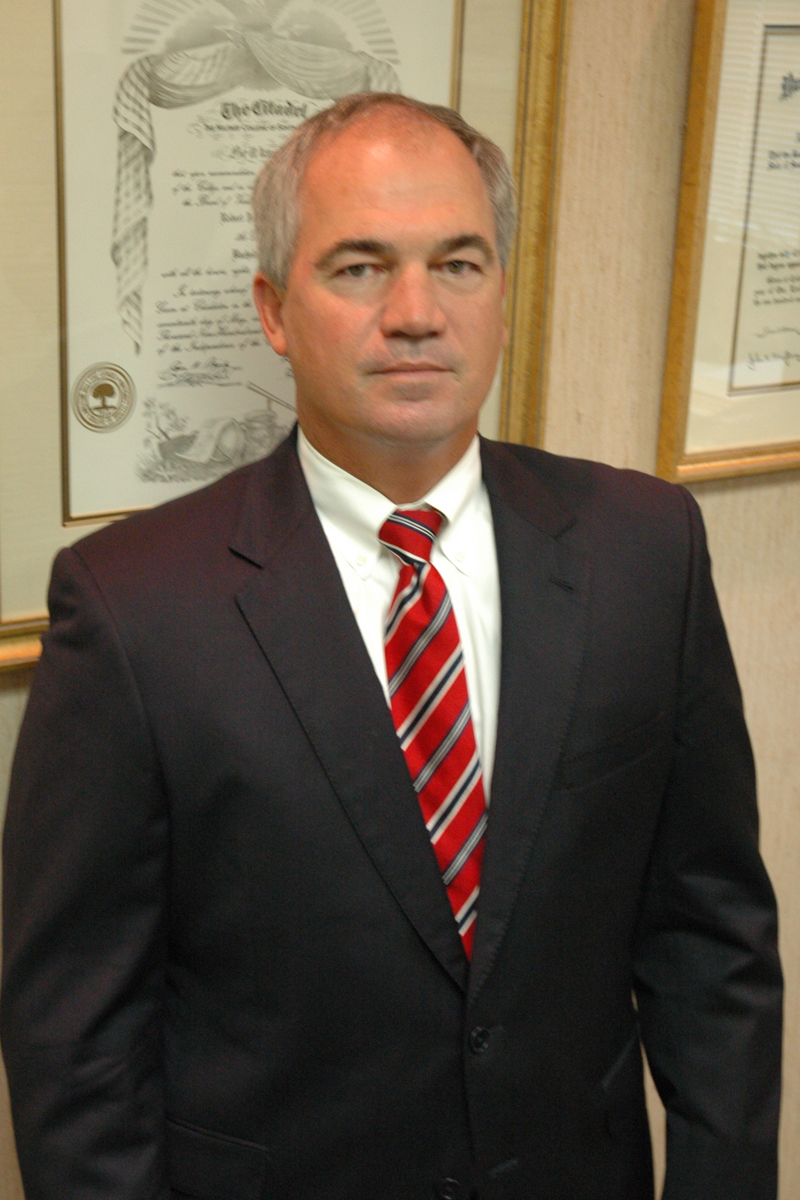 Robert Wyndham was born and raised in Mt. Pleasant, South Carolina. He attended Wando High School, graduating in 1982 and thereafter entering The Citadel. Robert was a member of the wrestling teams at both Wando and at The Citadel and distinguished himself with numerous awards, including 4-A State High School Champion and Southern Conference Champion at The Citadel.

He graduated from the University of South Carolina, School of Law and began his legal career working for the Law Offices of Gedney M. Howe III P.A. until opening his own office in January 1996.

Mr. Wyndham is Martindale Hubbel AV-rated, the highest peer review rating an attorney can attain for legal practice and ethics. He has been ranked as one of the Top South Carolina Attorneys in the South Carolina Super Lawyers Magazine, and he has been a member of the Best Lawyers in America.

We will respond to your inquiry in a timely fashion. Thank you.